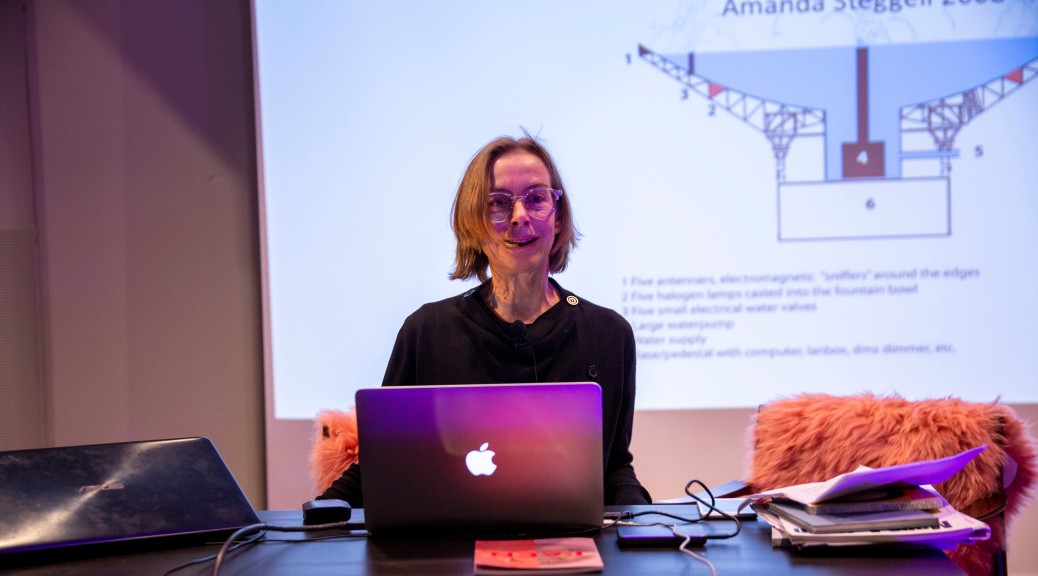 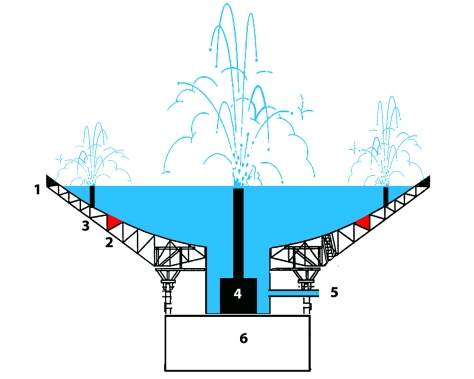 Prototype for an Electromagnetic Fountain (2008)

Every city has an invisible twin, an architecture in flux made up of electromagnetic waves emitted by its numerous electrical and wireless communications devices. The Electromagnetic Fountain recycles both water and electromagnetic waves as artistic material. But that’s not all! Its bowl is recycled too, a redundant parabola dish from Norway’s TV tower. Technically speaking, the fountain works much like the Bellagio Fountain, Las Vegas. However, the fountain is transportable, designed to appear in urban spaces for a limited time. The presentation will include the idea of ‘transmission space as a narrative place’ in the context of public art. 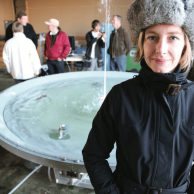 Amanda Steggell holds the position of Professor of choreography at KHiO. She has held positions within performance, new media and electronic art and has been advisor to (amongst others) the Norwegian Ministry of Culture, Arts Council Norway, Norwegian Artistic Research Programme (NARP) and National Research School in the Arts, Sweden. Through her choreography she has created participatory performance-related works in many environments and countries, also co-initiating international projects, such as Motherboard 1996-2008 and Currently 2012-16. She currently leads the NARP funded futures-orientated project, Amphibious Trilogies.

FAEN Academy is a pilot project supporting the development of new artworks by young female artists working with experimental art in Norway.
FAEN Academy focuses on art productions from concept to exhibition-ready work in close collaboration with FAEN partners.
FAEN Academy offers young artists support and advice from established artists and experts in the field through workshops, meetings, and ongoing guidance throughout the production.
FAEN Academy is initiated and organized by Zane Cerpina / TEKS – Trondheim Electronic Arts Centre.